The following is a recap of a heritage trip + local visit by Daniel Gurevich, manager of Jerulita Travel.

I’d like to tell you a story of one family’s visit to Lithuania in search of their roots. It’s quite common for folks from all over the world to request a private tour with Jerulita, to visit the large cities and escort them to the shtetl where their ancestors used to live.

This time, I met two brothers coming from the USA. We corresponded for some time in advance and they shared the details of their family. We kicked off with a historical and heritage tour of Vilnius, taking them back in time through centuries of Lithuanian and Jewish history. I spoke to them about Grand Duke Gediminas, the autonomous period and the Golden Age of Litvak Jewry, Imperial Russian occupation and the Pale of Settlement, through WWII. A more detailed program of this tour is available in our popular tours. 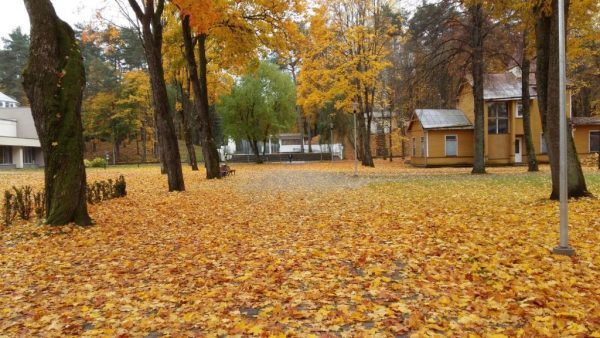 The next day, I drove them to northern Lithuania for their heritage trip. We drove through Panevezys, homeland of the renowned Ponivetch Yeshiva, to Seduva. Seduva is a small town with a population of a little over 3,000 people, which had self-governing rights from the 15th century. As Jews came to Seduva in the end of the 16th century, the town prospered in commerce and manufacture, and for a time they were two-thirds of the total population.

The brothers’ family had once had a property in Seduva, and we were lucky to find its location in the archives. We walked around the town, looking at houses and tried to imagine how the family lived here for generations. The family emigrated to South Africa in the 1860’s, so we were not expecting to see the exact same place. But, as the brothers shared with me, they really wanted to breathe the same air.

There is an impressive memorial next to Seduva municipality.

Later, we went to see the Jewish cemetery which had been renovated by the Seduva Jews Memorial Fund. There are about 1,300 headstones altogether, and today about 400 of them stand again to commemorate the graves. 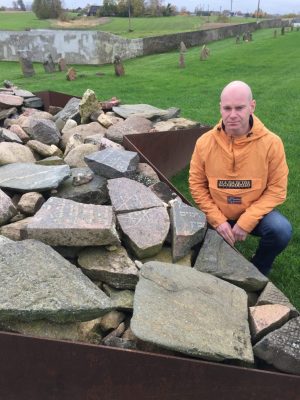 As a finale to our visit, we went to pay a last tribute to the Holocaust victims in the region. The place of murder is not so easy to find. We had to drive “lefts and rights” for about 20 minutes and found a newly built memorial to honor the 700 Jews who were murdered by Nazis and local killers on August 25th, 1941.