It is very difficult to imagine modern Lithuania without Jewish heritage. The Jewish heritage of Lithuania includes numerous towns, synagogues and yeshivas, city blocks, craft and trade traditions, ancient cemeteries and places of memory of the victims of the Holocaust. Jerulita team invites you to see this and much more on our Jewish heritage tour to Lithuania. As such, the year 2020 is a year of the Vilna Gaon – the great Lithuanian Rabbi and Litvak religious leader – as well as the year of Lithuanian Jews.

How did the history of Lithuanian Jews begin?

Jews settled in the territory of historic Lithuania during the rule of Grand Duke Gediminas in the first half of the 14th century. Economic and historic conditions in the Lithuanian lands contributed to the formation of a unique community of Lithuanian Jews. Later it became known as the Litvaks.

How many Jews lived in Lithuania?

According to the 1923 census, the Jewish population of independent Lithuania reached about 154 000 people (7.6% of the total population), living mainly in large cities. Since the beginning of the 20th century, Jews started migration from Lithuania to less densely peopled places (mainly to Ukraine) and to cities where there was intensive industrialization (Bialystok and Warsaw). Moreover, emigration to England, the USA, South Africa, and Australia grew too. Perhaps your relatives are from Lithuania

Above all, before World War II, more than 40% of the population of the Lithuanian capital Vilnius were Jews. According to some reports, only 600 Jews remained in Vilnius by 1944.

The Vilnius Jewish community emerged in the mid 16th century. Over the course of history it became a center of attraction for the Jewish.  For centuries until the eve of the Holocaust, Vilnius, “Jerusalem of Lithuania”, was one of the world’s major Jewish centers. There were centers of religion and learning as well as social, political and cultural movements. Only a small part has survived of the former Jewish quarter, the territory of which was finally formed in 1633 by King Wladislaw Vasa. Today these are the streets of Gaono, Antokolskio, Stiklių and Žydų. 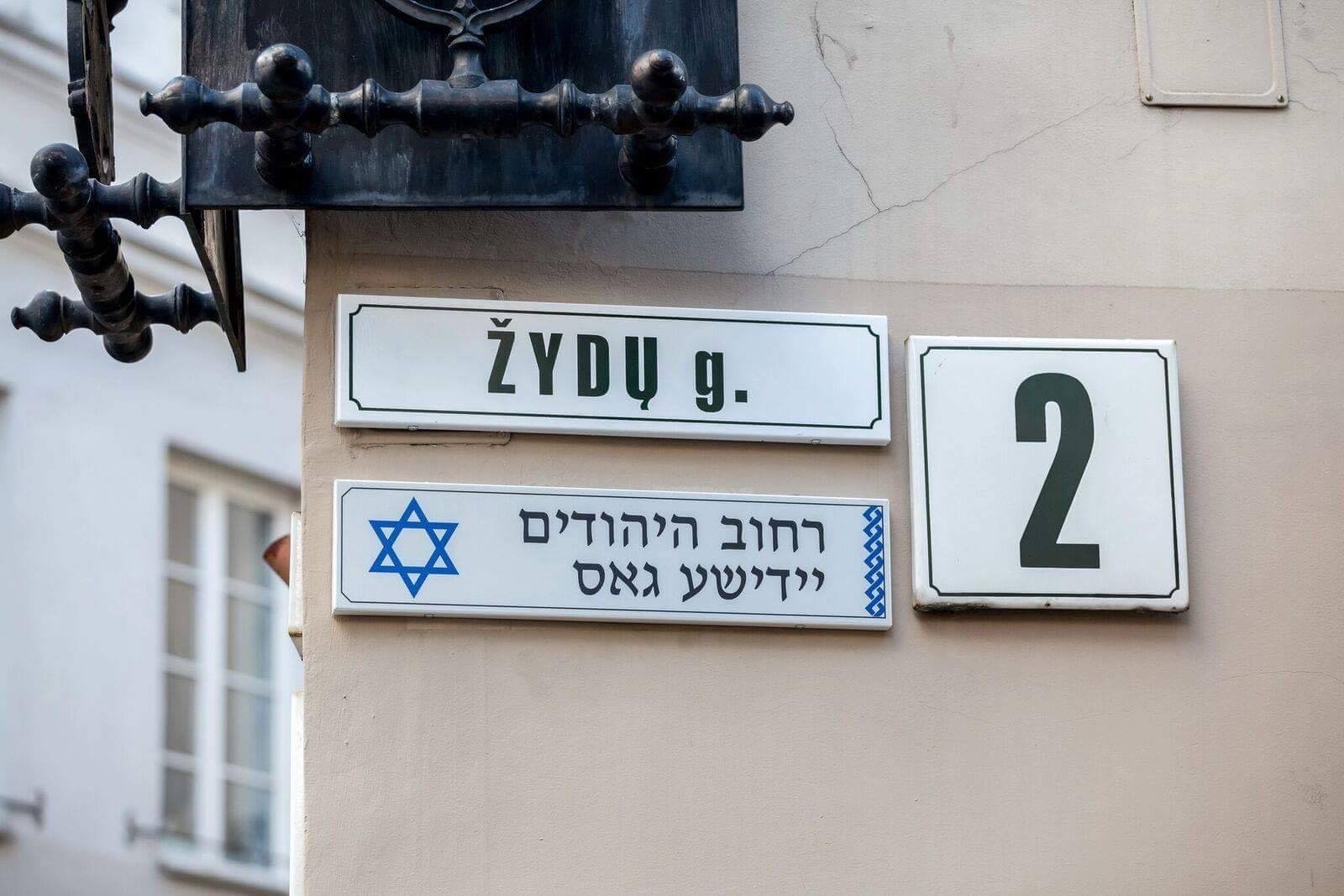 From the end of the 19th century, and with yet greater intensity after World War I, a network of secular educational institutions developed in the Republic of Lithuania, in Vilnius, and in the surrounding areas, offering instruction in the Yiddish and Hebrew languages.

Local printing houses produced sacred and secular books needed for the educational process. All this collectively created a solid foundation for the Jewish press and high culture—theater, art and literature—to grow and flourish. The Lithuanian Jewry, like Jewish people everywhere else in Europe, was the victims of the horrors of the Holocaust in 1941–1945. Their cultural heritage fell victim to the destruction alongside its creators. In present day Lithuania, you can find the quiet witnesses of this formerly glorious culture in various Lithuanian towns and villages.

What’s up with the Jews of Lithuania now?

Today, there are about 200 Jewish cemeteries around the country; most of them totally abandoned. There are also about 200 sites where Jews were murdered during the Holocaust and buried in mass graves. Most of them in forests or other hard to find locations. Synagogue buildings exist in a number of towns and villages. Many of them have been converted for other use, some are in ruins, and some have been restored for cultural use in recent years. About a dozen simple wooden synagogues — among the very few that survived World War II — still stand in Lithuania. Now there are projects with aims at their restoration and maintenance of it.

The heritage of the unique Lithuanian Jewish history and culture, and especially its architectural objects, is witness to the scale of the world famous culture that once flourished here and make up a part of modern Lithuania’s cultural heritage and spiritual treasure. These objects attract interest and visitors from all over the world. And our tour guides will be happy to be your guides to the Jewish world in Lithuania.

Jerulita invites you to travel around Lithuania and explore the 500-year-long history of the Lithuanian Jews. Thus you will understand the incredible intertwined historical relations connecting Lithuania and the world. USA, Israel, the Republic of South Africa, France, Russia, Germany, Poland and other countries.

Everyone comes to Lithuania to see something of their own. Therefore, Jerulita pays great attention to the organization of individual tours on Jewish heritage. We have crafted successful private customized tours for visitors, which can be arranged either with kosher or non-kosher meals. Naturally, we can adapt tour to your travel schedule, and can include as many stops as you want. Send us an email travel@jerulita.lt. We can provide you with options so you can make the best choice.