On Location with Tour Guide William

We’ve covered our Vilnius Tour Guide William Zhitkauskas in an earlier post, but this time around we’re taking a closer look at his day-to-day work as a tour guide–plus a very special look at a very special film project.

It was a pleasure to catch up with William, as it’s peak season for Baltic travel and his days are packed with guiding clients on private and group tours. William spends much of his time on historical and heritage tours around the Baltics, Poland and Belarus. He spoke at length about his passion for the work, and why it plays such an important part in his life. The following is a brief interview with William. 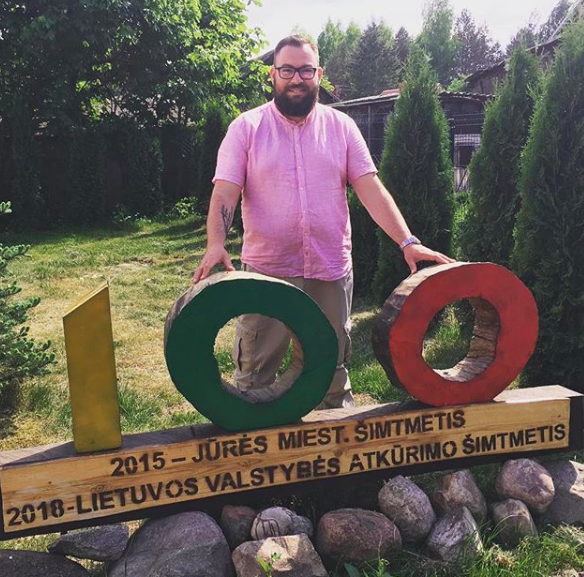 Why are these historical tours so valuable?

I think history is a very important part of life. Everything modern originates from something in the past. After all, without history, there is no future. It’s very important to preserve and teach history, because then we learn about our present. This is what drives me, day after day, in my work as a tour guide.

And I’m constantly learning myself. Sometimes clients approach me with questions I don’t know the answers to, so I seek out those answers and teach others. There’s always an opportunity to learn about yourself, to teach the history about your homeland, and that’s really exciting. You meet clients from all walks of life, some of whom took part in this history, as witnesses or participants. Most of my clients come from Israel, but also America, Australia, Canada, and this year I had people from France, New Zealand and South Africa. They share with us their own memorable stories. 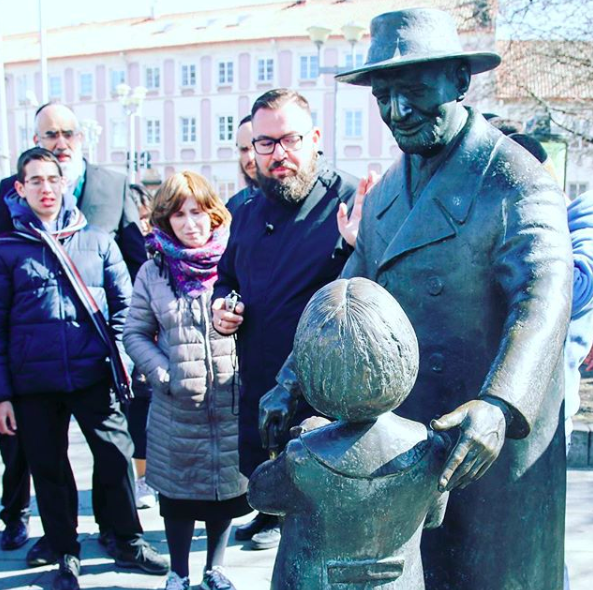 What is one such story brought to life?

I recently worked with a lady who, as a child, was a prisoner of the Vilnius Ghetto. She was born in 1938 in Vilnius, and was just 4 years old when WWII broke out in Lithuania. The Nazis came, and she was taken with her family to the ghetto. As a child, of course, she didn’t remember much. But as we were walking around the ghetto area of Vilnius, she suddenly started to ask about a particular street name. “Is there a Strašūno Street?” She asked. When I inquired why she was asking, she said she didn’t know, but the name jumped into her mind and it was familiar.

We entered the Jewish cultural information center together, and there was a list of ghetto prisoners. We started to search and found her and her family’s names, they all lived on Strašūno Street, which has since been renamed Žemaitijos Street—at house number 7. It was something of a miracle. She didn’t know how the name fell on her tongue, but suddenly, there it was. We went to the street and the house that still stands in the area. It was difficult for her to recognize, as she was only four years old when she was smuggled from the ghetto and hid with village families in the countryside. This is what makes our work really exciting, you feel really like a part of the history. 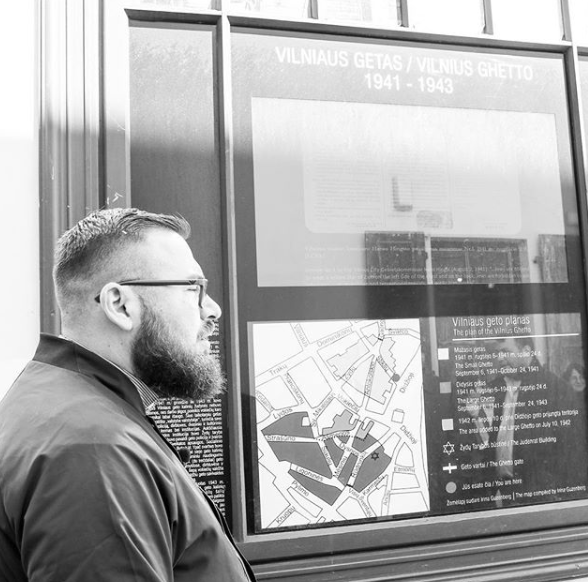 Tell us about your work with the documentary.

You never know what kind of experiences will fall into your lap. This year introduced me to an unforgettable journey assisting a movie director. Director Arthur Borgnis, whose film credits include Eternity has no Door of Escape, requested my assistance finding film locations across Lithuania. Originally from France, he was interested in shooting his film, Oylem. It’s kind of a cross between a documentary and a feature, a study on Yiddish culture. You can read more on his website. I was with him for two weeks.

At first, I was nervous, because I hadn’t done this sort of work before but I was very excited for the challenge, and to see how a film was made from the inside. Mr. Borgnis brought a list of scenarios he wanted to shoot, and it was up to me to find them. “Wooden house in the middle of a meadow with two windows.” So I’m driving around, brainstorming, looking for this type of house. We have to keep in mind the position of the sun, the river, the angle of the camera. It was a huge challenge to find all these locations. 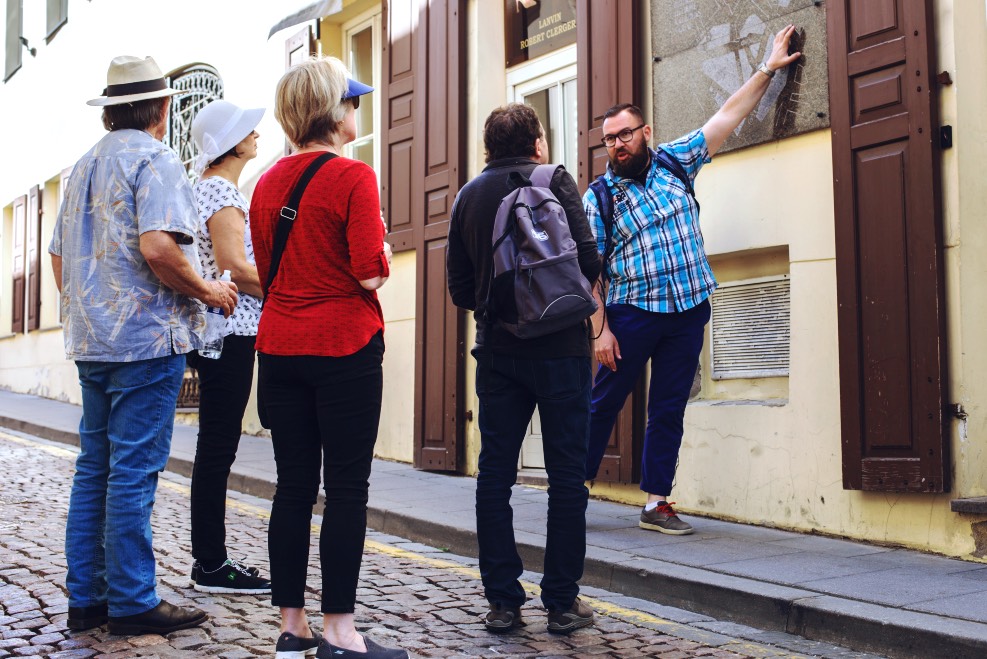 I would find film locations that suited his purpose and drive him to the locations. This led me to explore many unique and unexplored places in Vilnius and Lithuania. It’s like seeing my homeland for the first time. Sometimes, we would just pass a location, and Mr. Borgnis’ sharp eye would catch another perfect scenario. We searched for the right kind of light. Even when you have a perfect location, you still need to plan your work in order to capture a beautiful natural light. As a director, you have to keep in mind all of these different pieces.

Borgnis was a kind of one-man operation: director, cameraman, screenwriter. So I found myself acting as his assistant. I set up and operated the equipment when needed. Working with Arthur, I started to learn about different film techniques, equipment, methods and processes. There were so many bags in the trunk of the car. We shot during a snowfall and had to cover all the equipment in special cases. Arthur showed me how to shoot a traveling shot—using small rails that stand on two feet, to carry the camera at any speed. We burned a book, we drop papers in the river, we shot inside and outside buildings.

It was an unforgettable treat to chat with such a professional about the movie industry. I found it very interesting to discuss film, actors and directors with Mr. Borgnis. As a big fan of movies, it was great to get to see the other side of the camera.

As of today, the movie is still in pre-production. We shot only a few scenes, to create a 10-minute promotion so Mr. Borgnis could acquire more funding. I look forward to his return to finish the project.