An Excursion to Rundale Palace, The Baltic Versailles 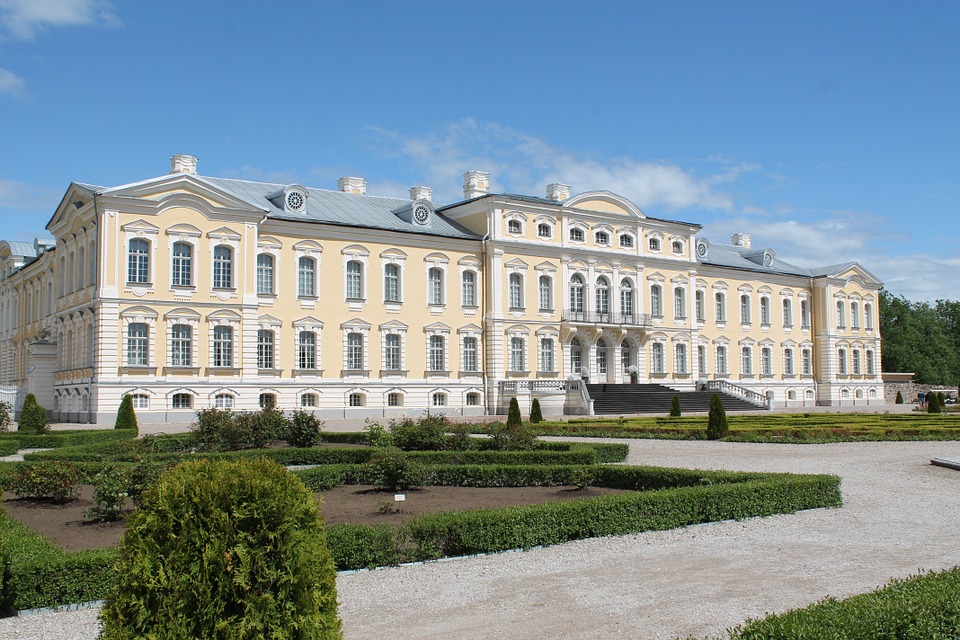 Often dubbed the “Baltic Versailles”, Rundale Palace Complex is certainly one of the most famous and beautiful historical sites in Latvia. With Baroque and Rococo-style architecture, extensive gardens and sculptures, it’s a worthwhile site to behold, and we highly recommend that travelers in the Baltics visit.

Click here to find out more about our one-day excursions.

Rundale Palace and its History

It’s unknown when the first castle at Rundale was erected, but its current buildings were constructed in the 18th century. Built by Ernst Johann von Biron in two stages: 1736-1740, and finished in 1764-1766, it’s become an icon of luxury and love.

In 1735, the Duke of Courland, Ernst Johann von Biron, bought the land with its old medieval castle and started to construct a summer residence under the designs of Baroque architect Bartolomeo Rastrelli, who designed the famous Winter Palace of St. Petersburg’s Hermitage.

The palaces would not have been built if it were not for the Russian princess Anna Ioannovna. Recently widowed following the death of her husband the Duke of Kurzeme, she became close with Biron. But the pair couldn’t marry because of their different statuses. Biron even married her lady-in-waiting, Benigna Gottlieb von Trotha gt Treyden. Anna ruled as Empress of Russia from 1730-1740, and upon her death declared Biron to rule as regent. Following her passing, however, Biron was condemned to exile for 20 years! He left Rundale sadly unfinished until 1762. Only when Catherine II ascended the Russian throne, she permitted Biron to return to his home. Almost immediately, he commenced construction until its completion in 1766. After the death of Biron, the palace had more than one owner, including Empress Catherine II. To this day, visitors can find several of her portraits within the palace chambers.

The spirit of History, Luxury and Authenticity

Unfortunately, the palace suffered serious damage during the Latvian War of Independence and later after WWII. In the absence of funds and specialists, reconstruction work was sluggish. The restoration of the palace complex took a few decades, during which artists painstakingly recreated both the exterior and the interior. The doors officially opened to the public in 1972 as the Rundale Palace Museum. Its restoration became the life’s work of Latvian painter and art historian Imants Lancmanis, the museum’s director.

Visitors have the exquisite impression of entering a space of luxury, reflecting the finest artwork and furnishings of the second half of the 18th century. Admire original furniture, crystal chandeliers, gorgeous fireplaces, original paintings, vintage armchairs and settees. On the walls, you’ll discover many old paintings.

One of the most beautiful rooms in this masterpiece is the Golden Hall, with its marble and gold stucco molds. This hall has similarities with the halls of Versailles in France and the Charlottenburg Palace in Berlin.

On the first floor of the manor house, visitors can view the permanent exhibition “From Gothic to Jugend style.” This exhibit displays European and Latvian decorative art from the 15th to the 20th century. Sixty-nine of the 138 rooms of the palace are on the first floor, once intended for service staff and kitchens. In the eastern part of the Rundale Palace, you’ll find lavish main halls: the Golden Hall with solemn mirrors and golden details, where the Duke’s audiences took place, The White Hall, which hosted banquets, and also the Grand Gallery. In the western part of the palace, there are apartments among which are the Duchess’ boudoir, the Duke’s bedroom, toilet rooms, etc.

The gardens of Rundale Palace are no less impressive than the palace itself. In front of the palace is a majestic fountain, from which wind several paths and alleys radially in all directions. If you’re lucky to visit in July or August, the garden will be abloom with roses of all colors. The gardens at Latvia’s majestic Rundale Palace have a magical atmosphere during this time. 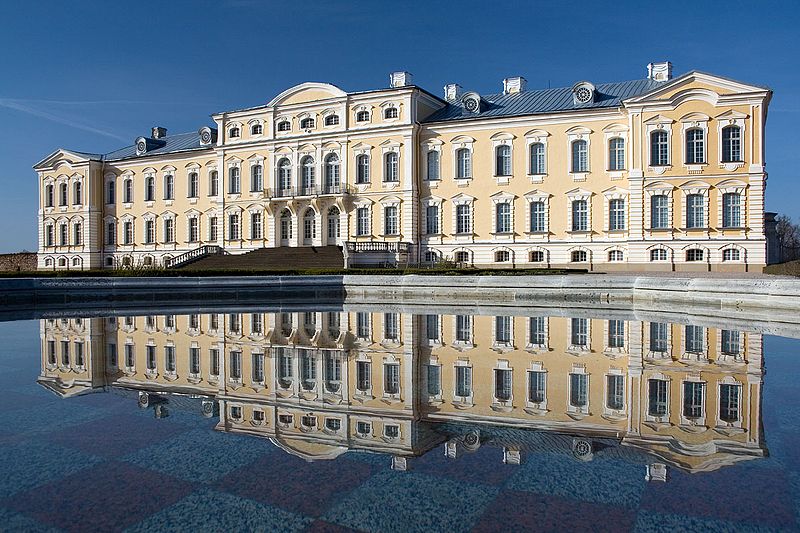 A Palace Worth Visiting

There are no other museums in the Baltic States that exhibit luxury and 18th-century manor life as stunningly as Rundale. Embark on an excursion to the palace to admire its elegant rooms and portraits of the palace’s past owners and heroes.

The palace’s beautiful imagery will remain long in your memory, as it has mine. So I invite you to acquaint with the Rundale Palace and the park next to them in the Baltic Versailles.