Visit Lithuania and you’ll leave with the very best memories.

The name Lithuania is not always recognizable to foreigners. Some people don’t know where it is, or what it’s like, in our little country on the Baltic Sea. Because of this, Vilnius, Kaunas, Klaipėda and other Lithuanian cities, as well as our locals, often attract the curious traveler.

A visit to Lithuania can leave you with the very best memories. If someone were to ask me where to go and why, I would say, without a moment’s hesitation – to Lithuania.  And here are all the reasons why our country is worth checking out.

There are four seasons in Lithuania: winter, spring, summer, and autumn. It’s possible to enjoy the country in all its seasons, but you should pay special attention to match your clothes with the time of year. The climate in Lithuania is described as a typical European, Continental-influenced climate with warm, dry summers and fairly severe winters.

The coldest months are December, January and February – and when there is snow, and the temperature drops below zero. However, summer offers much warmer weather. Sunny days give rise to temperatures of up to 25 degrees Celsius, perfect weather of sunbathing and swimming.

Lithuania is a very safe country. We’re ranked 37 out of 163 countries in the Global Peace Index 2017.  And according to the Global Terrorism Index, Lithuania was given a score of “0”, which signifies zero past impact from terrorism and a low likelihood of future attacks.

For centuries, Lithuanians have created a unique palette of dishes influenced by many different cultures. If you’re on the lookout for exclusively Lithuanian cuisine, keep your eyes open for potato dishes. The most famous of these are boiled Zeppelins, potato dumplings stuffed with minced meat or curd filling–so-called for their resemblance to flying airships.

The variety of potato dishes is wide, from Traditional Lithuanian Potato Pudding Kugelis to dumplings in cream with mushrooms or berries fillings. Perhaps the most exotic Lithuanian dish is the Potato Sausage (Vėdarai) – intestines stuffed with grated potatoes, baked in a stove or oven.

If you haven’t eaten a Cold Beet Root Soup, šaltibarščiai, you haven’t been to Lithuania. It’s very easy to make, and nearly every traditional restaurant has a house šaltibarščiai in the summertime. The recipe is just kefir and vegetables–super vegetarian-friendly.

Suggested desserts: The “Šakotis“ cake (which resembles a Christmas tree), cucumber with honey, yeast cakes and buns with various fillings, “Kaplūnas“ (bread in the sweetened water) and many others.

And, of course, Lithuania couldn’t be Lithuania without its own beer and wine. With a vibrant craft beer scene, our beer tradition is wholly unique to us.  Homebrewing is a core part of Lithuanian culture, but there are plenty of commercial brewers to choose from too, with Lithuanians being known for producing some of the best beers in the world.

Lithuania is a playground for adventure enthusiasts, with loads of forests, lakes, beaches, and national parks.  In any case, the nature of Lithuania and national parks (there are 5 of them here) will certainly not leave you indifferent.  Aukštaitija National Park is the oldest national park in Lithuania, and boasts a whopping 126 lakes! Here you’ll find ancient oak-tree forests, exquisite rivers, deep lakes and ethnographic villages. 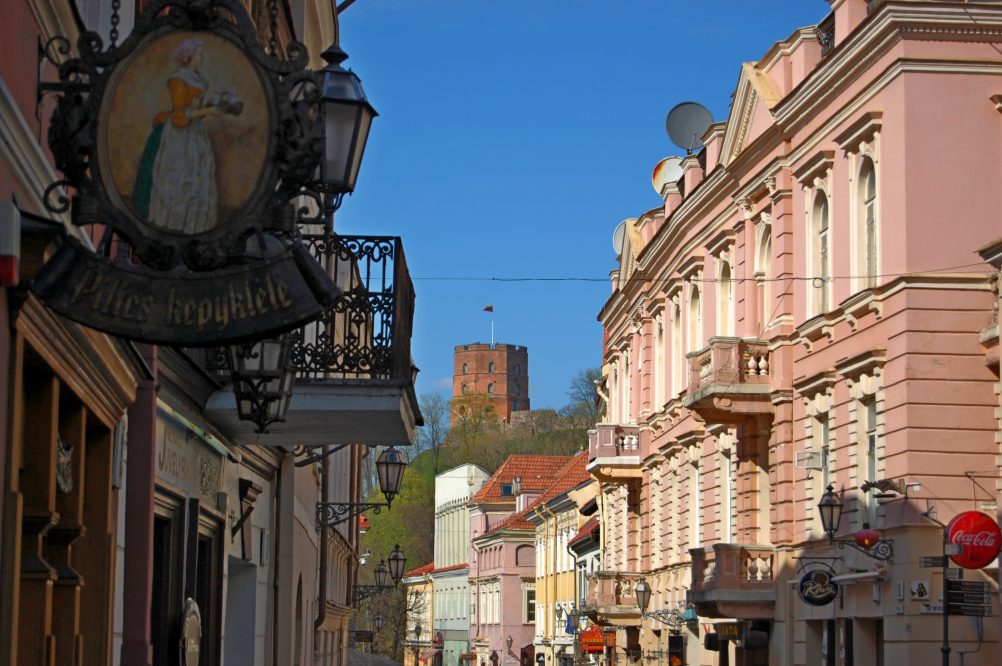 The old town of Lithuania’s capital Vilnius became a member of the UNESCO World Heritage List in 1994. If you visit Lithuania, the first thing you might notice is Vilnius’ old town square, the largest of its kind in Eastern Europe. You can wander around for hours to admire the architecture, both sacred and secular, many dating back to the medieval ages. Kaunas also has a lovely Old Town, as does the seaside city of Klaipeda, notable for its colorful windows and façades.