Where do Jewish heritage tours go?

Where do Jewish heritage tours go?

What are Jewish Heritage tours?

Jewish heritage tours learn and explore Jewish history and culture in a particular region.  Often, they are focused on a specific topic for a particular group of people. There are different kinds of Jewish Heritage tours. It can be root tours to Eastern Europe and the territories which once were the Russian empire. It can be youth tours, as well as, tours to Israel. Some tours are focused more on Holocaust, visiting ghetto’s, concentration camps and other related sites.

As tour guides specialized in history and culture, we at Jerulita Travel organize a number of qualified Jewish heritage tours in Eastern Europe and the Baltic States.

To begin with, there are many different tours organized for different age groups. Here I would like to refer to youth tours. They can be organized to explore different topics and destinations. Some are focused more on Jewish life in Diaspora. Others are focused on Israel and Zionism.

There are youth trips organized for religious Jews. On the other hand, there are youth tours tailored to less observant Jews. For instance, religious people are interested in visiting places were well-known Torah scholars used to live, such as Vilnius, the place where Vilna Gaon used to live. They visit his burial site.

Other examples include Radin Yeshiva, established by Chofetz Chaim. The whole separate world is the Hasidic territory in Poland, Belarus, and Ukraine. Where people visit the graves of Tzadikim. And pray there on the Yor Tzait dates.

Less observant and secular Zionists are interested in political history and the roads Teodor Herzl followed. They go to explore modern Jewish literature, writers, poets, and dramaturgs. Poland, Ukraine, Belarus, and Lithuania are the major destinations for such theme tours.

Jewish heritage tours to Israel are the ones that focus on the state of Israel and Zionism, as well as their connection to the Jews living in Diaspora. The goal is to ensure the future of the Jewish people by strengthening their Jewish identity. For the traveler, such tours create and later maintain a long-lasting relationship with the Israelis they meet on their trip.

Some programs are short term. It can be a week or ten days of experience. While others are long term. It can be an educational seminar for up to a year. These tours strongly encourage participants to engage in a future follow up activities at home. By this, strengthening the Jewish identity and belonging to the nation.

First of all, let’s define what root tours are. Root tours are a part of Heritage tours. During a root tour, one researches his family’s roots and ancestry. One learns where and how his or her ancestors used to live. Mainly, people want to see and feel the place. Many Jewish communities in the USA, Israel, South Africa have members whose roots are from the territories, which once were in the Russian empire.

The former Russian empire had a Pale of Settlement. Literally, the areas where Jews were allowed to settle in Russia. These territories included  Lithuania, Latvia, Estonia, Poland, Belarus, and Ukraine.

To our great sorrow, this terrible tragedy happened in our history. It wiped out tens of Jewish communities and millions of people. Most of the places we visit on our tours have a certain link to it. Some people do not want to hear about the Holocaust on their tours and vacations, some people want to hear about it only. We usually try to keep a balance between the prewar history, culture and heritage and the Holocaust.

Some tours are of special interest. For example, tours organized by Yad Vashem museum. Guides, who accompany such tours are specially educated to teach the audience about the Holocaust. They visit Concentration camps in Poland and death sites in the bullet holocaust territories. Jewish museums are the usual components of such tours. Meeting holocaust survivors is a special experience that deserves an absolutely outstanding recognition.

There are truly unusual places. For example, there is a Jewish partisan base in the dense forest in Lithuania. You will find dugouts, where partisans were surrounded not only by the enemies but also having to survive in wild nature. This place is a symbol of true heroism and the will to fight back. We believe these places and people should not be forgotten. Therefore, it’s important to pass it to future generations.

What kind of people participate in a heritage tour?

Many of our customers are people who previously didn’t know much about Jewish heritage, so they want to know more. On the other hand, there are many people who knew about their Jewish ancestry. However, at some point in their life, they understand how important is to preserve the Jewish heritage. They want to learn and research their roots. They hear about us by word of mouth, as recommendations of their friends, or from our website.

Some people who embark on a heritage journey are the ones, whose Jewish identity has “woken up” recently. They knew they had roots in a certain region, but just recently it became relevant for them to know more about their ancestors. Therefore, they want to come and see these places.

Who are we working with?

We are working with the Jewish museums, Jewish communities, Jewish cemeteries, synagogues (the one which survived world war II in Vilnius, as well as in the other cities) and educational institutions.

Therefore, by communicating with them we get all the up to date information, such as opening hours, new expositions in the museums, events. We know when an abandoned synagogue is being renovated, as well as when archaeologists make excavations and find some new artifacts.

Our guides are knWe also work with Jewish Joint Distribution Committees all over the world, arranging charity missions.

What makes Jerulita an authority on Jewish heritage tours?

We have a strong team of Jewish guides that lead our heritage tours, who are trained for more than ten years in general history, heritage tours, architecture, geography, religious tours.

What is more, we are also one of the few tour guides who can combine multiple countries on one tour without the use of a third-party local representative. Not many tour guides possess insider knowledge from all of these countries—the Baltic, Poland, Belarus. Our tour guides do.

For root tours, we can create a specific tour designed for a person or family and visit a shtetl, where their grandparents used to live. 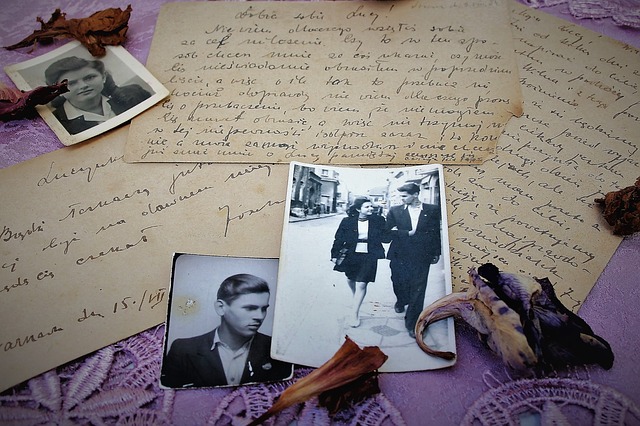 To begin with, it’s our personal connection to the places, stories and our ability to connect people with their past. Our guides can share their stories with customers. These often resemble exactly the same stories that our clients have grown up hearing from their grandparents.

People love to hear from their guide that he has met people from the same small village where their relatives came from, or that he’s traveled to the same city. Stories are a common language that transcends time and distance. We welcome all of our clients to tell us their stories. Our clients are also pleasantly surprised to discover that our guides are so well-versed in many local topics, the arts, music, architecture, culture, gastronomy. Moreover, our guides are multilingual. They usually speak English, Lithuanian, Hebrew, and Russian languages. There are guides who also speak some Yiddish.

We offer several pre-designed European tours to Lithuania, Latvia, Estonia, Poland, and a trip to Belarus. What is more, due to the nature of heritage tourism or “root tours” we often improvise. It means we create and tailor custom-made itineraries. It can be for groups or individual travelers, looking to learn more about their origins.

How does Jerulita connect people with their family’s history?

To continue with, we’ve got good contacts in historical and central archives in Lithuania and neighboring countries. We assist people with their research and can translate and decipher the information sent by the archives. You have to possess a certain knowledge to use this information. For example, the archives might give a family’s former address. However, it will be with an old name so you would have to invest time to find this address.

So we act as intermediaries. We can arrange the transportation of our customers in the town. It’s very common that we might knock on a door and ask the locals to verify the number of the house. We are asking the locals questions. In a short period of time, we can investigate the matter thoroughly. We can really show people how their grandparents or great-grandparents used to live.

Finally, visiting rural areas, places where shtetls once were. Many things haven’t changed much since then. Locals still use wells for drinking water, and you might see a horse and wagon, or primitive ways of farming. When there are living relatives, we can organize a meeting between the client and the local.

In conclusion, we act as interpreters, as in many cases these elders don’t speak English. These are the truly touching and humbling moments of our work. And we are able to participate in these meaningful moments of people’s lives.